William de Hadley (de Hedlega) became the lord of the manor Hadley after Rainauld. It is assumed he was a second or third son and took the surname from the place they resided, William of HADLEY. The Normans were part of the Viking empire, and popularized the use of the surname to identify the owner as claimant to lands and titles. Although the name Hadley (Hedlega) is certainly of Saxon origin, it almost certain that William de Hadley and his ancestors were Norman. Very few Saxons were allowed to hold any lands after the Conquest. This is what I believe to be the origin of the use of the surname Hadley. I also think it likely that we come directly from this Shropshire Hadley line. So did Kingston Goddard Hadley and Captain Cook who did much early work on our Hadley family.
John Hadley

Jumping forward a few hundred years – We are still in Shropshire

There are several Hadley families listed in the Shropshire towns, particularly Halesowen. Thomas, William and John. There’s even a George. These are likely the relatives of Symon Hadley who died in 1590. Also many Pygots. One thing that stuck in my head was the Symons family from the hamlet of villa de Milson. They paid the largest tax and were therefore likely the lords of this manor. I think it possible that a Hadley married a Symons lass and behold, Symon Hadly. Another interesting point was that in the few listings for Quatt, where Simon Hadley died in 1590, the lord is listed as Edwardo de Wolrych. This was the same family who lists Symon Hadley as their vassal landholder in the 1564 document I sent out earlier. Nothing new, but a reconfirmation that these families were established for some time in these locations. 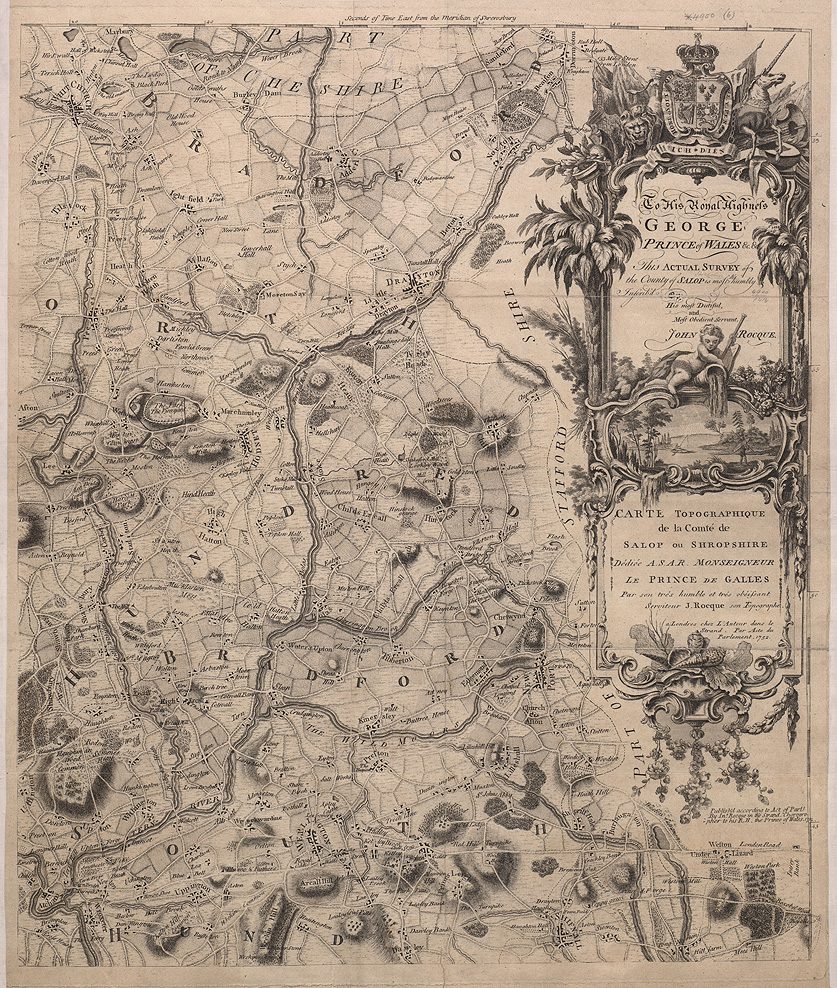 The wills of Symon and John Hadly from Shropshire in 1590 and 1630 respectively hold promise to be our family before Simon I. 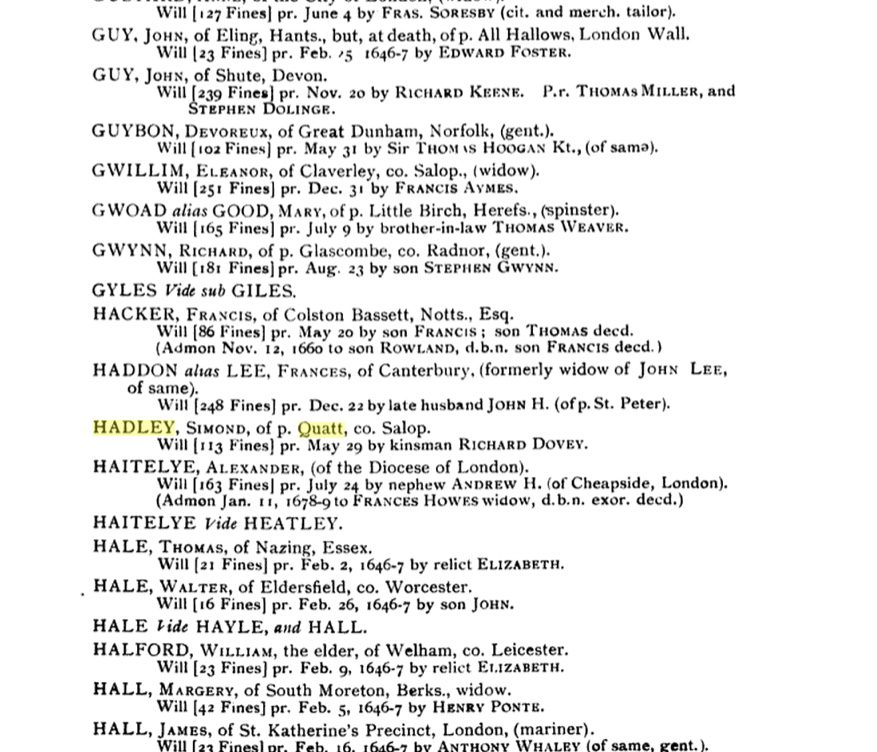 922/3/9 24 April 6 Elizabeth (1564)
Marriage Settlement
1. William Wolryche of Dudmaston, esq.
2. Thomas Poyner of Beslowe, esq.
In consideration of a marriage already had between William Wolryche and Dorothy one of the daughters of Thomas Poyner, William ‘Wolryche covenants before the Nativity of St. john the Baptist., next to convey to Thomas Poyner and to Robert Pygott and Thomas Screven esqs, Francisse Gattacre, William Poyner, Franceis Muckelowe, Rychard Broke, Thomas Pygott, Franceis Wolryche, Edward Screven, William Whytcombe, John Poyner and John Byest, gents. the Manor of Dudmaston and all his property in Dudmaston, Prestopp,Whytley Fields, Claverley, Cotton, Asteley, Alveley and Quatt, to uses. As concerning lands and tenements of William Wolryche of the yearly value of t39 16s 10d in Prestopp, Whytley Fields, Cotton , Asteley, Claverley, Alveley and Quatt (Rychard Persons, John Wedgewood, Homfrey Gough, Foulke Persons, John Baule, John Wannerton, Thomas Hadeley, John Hadeley, Homferey Potter, John Potter, Thomas Wyks, Rychard Payne, Thomas Hooke, Symon Hadley, John Dovye, James Reignolds, Gyles Jurden, John Pryce, Richard Hyll and Elizabeth Broke, widow) to the use of William and Dorothy and their corporeal heirs, and in default to William and his heirs forever; and concerning the residue of the property of William, to the use of William and his heirs by Dorothy, in default to William and his heirs forever. Provided that if Dorothy dies in the lifetime of William, then William for the jointure of any other’wife or preferment of his children,, or payment of his debts and performance of his will,demise,grant,let or devise the property appointed to be the jointure of Dorothy and all the profits of the same for 3 lives or less or 20 years or’ less.